Register For the 2021 Community guardian Awards

​The Community Guardian Awards were established in 2010 to honor those, who like Alvin Brooks, AdHoc Founder and President Emeritus, care about our community and take action to ensure that all families are free to raise their children in safe and caring environment. We also celebrate Alvin Brooks' Birthday and this year he turns 89.

Register for the 2021 Community Guardian Awards
powered by Crowdcast 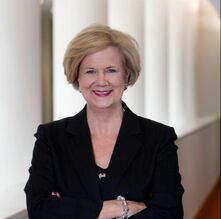 ​Janice Kreamer is the former chairman of the Kauffman Foundation Board of Trustees. She joined the board in December of 2006. She is the retired president and CEO of the Greater Kansas City Community Foundation and Affiliated Trusts.

Kreamer is known nationally for her leadership of community foundations, and especially for her pioneering work focused on donor intent. Under her leadership, the Greater Kansas City Community Foundation's asset base grew from $14 million to $1 billion. Today, it is among the leaders in assets, gifts received, and grants made among the more than 650 community foundations across the country.

While at the Greater Kansas City Community Foundation, Kreamer was instrumental in creating the Partnership for Children and YouthNet organizations, as well as New Start, a pilot program that extends Head Start to full-day, year-round support. In her honor, the Community Foundation established the Janice C. Kreamer Community Fund with $1 million in assets focused on strengthening area nonprofit organizations.

She has received numerous honors, including the Entrepreneurial American Leadership 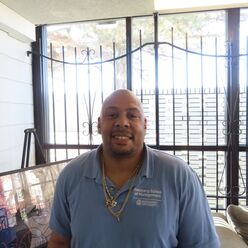 ​Johnny Waller Jr. is currently the Founder & Executive Director of Second Chance Organized People Empowered and Owner of the JLW Group L.L.C. Johnny has worked in the community for a decade helping ex-offenders successfully reenter society and more recently aiding in the efforts to reduce violence in Kansas City. He has also worked to pass local and state legislation along with members of the community in an effort to build a united, more equitable Kansas City. He is a former business owner, non-profit business executive and mentor to a great number of adults and youth in the Greater Kansas City area. In 2019 Johnny was renamed “Mr. Kindness” by Our Heal Matters Magazine for his treatment of colleges, friends and every day citizens of Kansas City.

In 2011, Johnny graduated with honors from Johnson County Community College with an associate degree in Business Administration. He went on to attend Rockhurst University on academic scholarship where he earned his bachelor’s degree in Business Management. In 2016 he returned to Rockhurst University to pursue a Master degree in Organizational Leadership and Development which he completed in December of 2018. Johnny was honored once again for academic excellence for maintaining a 3.98 G.P.A and was inducted into the Beta Gamma Sigma fraternity for academic excellence in business studies.

Throughout his life he has not only experienced academic successes but, success as a small business owner too. He owned and operated a small janitorial company in Kansas City, Imagaclean Services, for seven years until his oldest son tragically passed away from cancer. He held the position of Vice President at a local non-profit organization that helped ex-offenders with life, employment and spiritual skills in order to prepare them for their new life ahead. Additionally, he serves on several boards and committees including Synergy Services, Alt-Caps Finance Committee and the SE Youth Coalition. He has also attended many training programs including Gamaliel National Leadership training, UMKC’s mini-law school, M.A.R. C’s Community Leadership training and Addictions Academy hosted by Lincoln University to name a few. Johnny has been the recipient of numerous awards including Tom Joyner’s Real Father’s-Real Men, an award he is most proud of.

Today he dedicates his free time working in the community to help other ex-offenders successfully reenter society. Having lived a life of crime and success, he has a unique understanding of what it takes to overcome the many barriers ex-offenders face and how to help change their lives for the better. He collaborates with non-profits, colleges and other organizations sharing his story and experiences in an effort to help find solutions to issues that continue to plague our community. He believes that through mutual understanding and hope that we all can make a profound positive impact in our community. 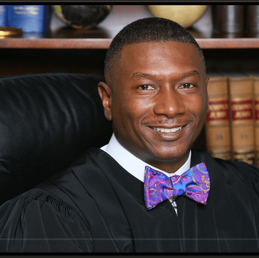 ​Ardie A. Bland is a Municipal Court Judge for the 16th Judicial Circuit Court of Missouri – Kansas City Municipal Division.  Judge Bland is a native of Kansas City, Missouri and graduated from Lincoln College Preparatory Academy in 1988.  Bland attended and graduated from Truman State University with a Bachelor’s of Science degree in Economics.  After graduation, he attended Drake University Law School in Des Moines, IA, where he worked in the law clinic for the indigent and the Trial Advocacy Team.  In 1995, he returned home to Kansas City, MO to practice law and serve as the law clerk for the Honorable Thomas H. Newton.  Bland soon later served as a decision writer for the Office of Hearings and Appeals for the Social Security Administration.  While working at the Social Security Administration, he became extremely passionate and knowledgeable of the physical and mental health diagnoses and their impacts on an individual’s ability to function in society.  The years of working for the Social Security Administration would later serve as the foundation of his overall impact on the community and their needs, but also developed his desire to return to representing clients and seeking justice, therefore, he opened the Law Offices of Ardie A. Bland, LLC.  Clients were represented in the areas of Criminal, Family, Landlord Tenant and Municipal law.

After representing clients for a number of years in his law firm, Ardie Bland wanted to have a bigger impact on his community, and he sought the position of Judge to try to make a difference from the bench.  In 2008, Judge Ardie A. Bland was appointed by Mayor Mark Funkhouser and the Kansas City Council, Division 205, for the 16th Judicial Circuit Court of Missouri.  In 2009, Judge Bland presided over the first Veteran’s Treatment Court in the State of Missouri which has worked in conjunction with the Veterans Administration to help hundreds of veterans in the greater Kanas City metropolitan area to deal with issues of substance abuse, homelessness, unemployment and mental health issues such as PTSD.

Judge Bland continued to make an impact throughout the community by also presiding over the Truancy Court from 2012 to 2015.  Under his direction, more than 400 students from the various school districts serving Kansas City, Missouri successfully completed the intervention program which reports a 3 percent recidivism rate.  Attendance rates for students completing Truancy Court increased between 5 to 25 percent.  In 2015, he became presiding judge over the Kansas City, Missouri, Mental Health Court, where he was able to help individuals with mental illness connect with mental health service providers, obtain treatment, and stay medicated without being incarcerated in an attempt to reduce police interaction and harm to the individual or the community.  Judge Bland enjoys his current work with both courts because he is able to focus on treatment and rehabilitation of qualified offenders rather than punishment.

Judge Bland has always been available to speak for community groups on various subjects regarding the law such as mental health, discrimination, knowing your rights and voter suppression.  He also continues to serve his community through service, education, leadership, and mentorship within various organizations, such as Alpha Phi Alpha Fraternity Inc. (Past President 2014-2016), past Board Member for Niles Home, (2017-2018) Missouri Municipal and Associate Circuit Judge’s Association (Secretary 2018-2020) and as a member of the Board of Governors of the American Judge’s Association (currently).  Judge Bland currently serves to improve the state of the judiciary by his Supreme Court committee appointments to the Municipal Judge Education and to the Committee on Practice and Procedures in Municipal Divisions which in turn helps to improve the treatment of individuals that enter our courts.  In addition to his accomplishments and accolades, he is most proud of his two adult sons, Anton Bland (24) and Marshall Bland (22) who are both currently attending college.

For some, AdHoc Group Against Crime is the trusted bridge between the community and the criminal justice system, for others we are the emergency room for social services. AdHoc is unique in its approach to delivering healing and justice to the Kansas City metropolitan community.

​Every day we support those who have been impacted by violence in our city. We journey with them as they seek healing and justice. We walk the streets, sit in courtrooms, teach classes, restore homes, provide counseling , and together we all strive for a safer community. Watch our video below to hear some of our stories.
How We Help
Support Us